View from the Harbour 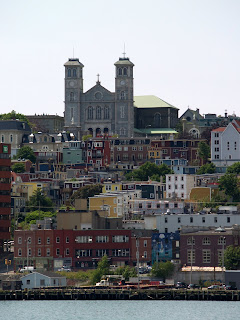 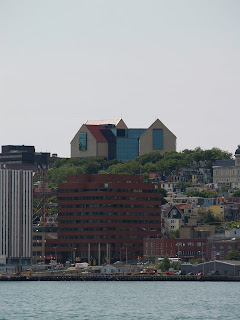 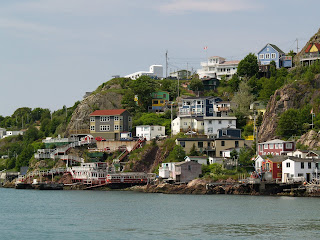 The view from on the water in St. John's Harbour is quite different from the view on land. My first trip out there was only a couple of years ago, despite having grown up in the area. I like the different perspective it gives on the familiar landmarks. The first picture is "The Basilica Cathedral of Saint John the Baptist" a 152 year old Catholic church. The second picture is "The Rooms," Newfoundland and Labrador's newest cultural and historical showplace. The Rooms unites the Provincial Museum, the Provincial Art Gallery and the Provincial Archives under one roof. It was built to model after the "fishing rooms" where families came together to process their catch. The last picture is "The Battery" situated at the entrance to St. John's Harbour at the base of the steep slopes of Signal Hill.
Posted by Corey Ford at 11:36 PM

Picture of the Day Basilica, St. John's, The Battery, The Rooms

Very nice Corey. re your comment on my blog, I have portrait of Karen E... on my website at www.ericbartlett.ca. Check it out. She is a beautiful woman to photograph.